Join us on Zoom to hear stories and share your own!

Storytelling Circle is a virtual offering once a month through Zoom. Folks can either join the call through video or by simply phoning in through audio to listen to professional guest storytellers share their stories based on a certain theme offered by Shakespeare in Action. The remainder of the hour is left to discuss what has been shared and have community members share their own stories as well – creating a network of socializing and community gathering from the comfort of their own homes!

We will gather with professional Toronto storyteller Diana Tso to hear her story The White Snake (20 minutes) and then get to not only share our thoughts, but perhaps a few stories of our own!

Join Rubena Singh as she shares her thoughts and stories about Generosity.

Join Spoken Word artist and writer Carvela Lee as she shares her pieces about love and inspiration.

Long-time SIA contributor Pete Smith comes to us with his experiences as a writer of new plays.

Remember That Song? Smile Theatre Company joins us for an hour of music and memory.

Renown facilitator Whitney French takes us on a journey through stories about food and gathering for meals. 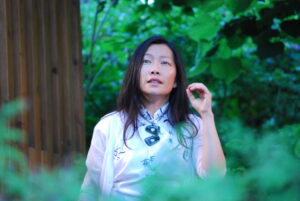 Diana Tso is a theatre artist, storyteller, actor, playwright and a theatre faculty member at George Brown College. She graduated from the University of Toronto with a BA hons in English Literature and Ecole Internationale de Théâtre de Jacques Lecoq in France. Her most recent performances include Modern Times Stage Company’s The Cherry Orchard, Theatre Smith-Gilmour’s Les Misérables, Stratford Festival’s 2017 season in Bakkhai and The Komagata Maru Incident.

Her play, Red Snow, inspired by the survivors of the Rape of Nanking in WWII, produced in association with Aluna Theatre and directed by Beatriz Pizano, premiered in Toronto in 2012, followed by its international premiere at the Shanghai International Contemporary Theatre Festival in China. Her play, Comfort, inspired by the resilience of women in war, premiered in Toronto 2016, directed by William Yong and was nominated for the Dora Mavor Moore Award for Outstanding music composition.  Her Spring Moon, commissioned and produced by Mix Company Theatre, premiered in 2017 and was inspired stories of grandmothers and granddaughters.  Her Monkey Queen, inspired by Wu Cheng’en’s 16th century epic of monkey king, re-imagined through the female warrior, directed by William Yong, premiered in November 2018. Currently she’s writing, carried by the river, a story about women and a river.

Her plays are available at PGC’s Canadian Play Outlet:

Her most recent creation is “unwavering”, commissioned by a Convergence Theatre’s COVID Confessions series. read / listen at the link below: 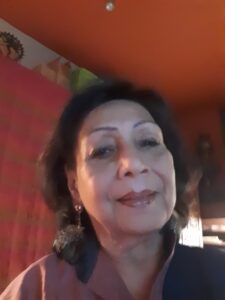 Over the past thirty years, Rubena has been involved in the creation of numerous cross cultural performances in Canada; primarily as Founder and Artistic Director of Fusion Dance Theatre, Inc based in Winnipeg. Trained as a classical dancer in India, Canadian for most of her life, and now based in Toronto, Rubena interweaves stories of personal history and experience with Hindu mythology and folktales – creating a world in which the listener encounters talking animals and the forces of nature, Gods and Goddesses and members of her family – all in a quest to find meaning and value in the face of life’s challenges. 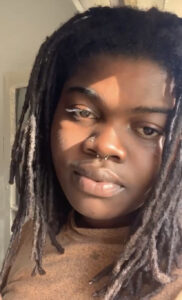 Carvela Lee is a poet, emerging playwright, activist, and aspiring artistic
leader who is passionate about social justice and may just take over the
world, if we are so lucky. She loves her Granny as much as she loves to
read. She also doesn’t fuck with the prison industrial complex. Carvela
took part in The AMY Project’s theatre training program in 2018 and
performed in that year’s SummerWorks show Lion Womxn. Her work has
been featured in many venues, including her poem “Sankofa” on CBC’s
Poetic Licence. She also facilitates with Confluence Arts Collective 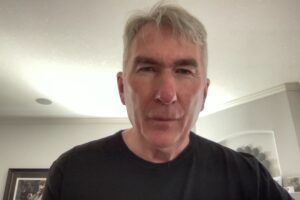 Pete is an actor, director, writer/producer, educator, and story editor. His work in theatre, radio, television and film has taken him from coast to coast to coast in Canada. He has been an artistic director at the Blyth Festival on two occasions and AD at Playwrights Workshop Montreal, and an Associate AD at Canadian Stage. He has worked at a variety of play
development centres across the country participating in developing new work for the stage, in both rural and urban communities. 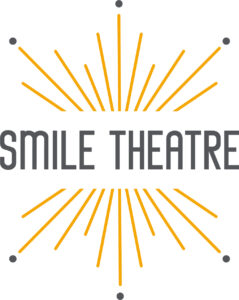 Smile Theatre is a unique company that provides programming to audiences in seniors’ residences, care facilities, hospitals and community centers who for reasons of mobility, financial or cognitive limitations do not otherwise have access to professional theatre.