Or to Find Out More, Email education@shakespeareinaction.org
Back to Shows

A new filmed theatre play streaming directly to your classroom!

Produced by Shakespeare in Action, NONA’S MALAIKA is a new play written and directed by Katia Cafe-Febrissy. A digital theatre play about social media, mental health, and the struggle of a Black teenager wrestling with how to connect to her mother amidst a new pandemic. 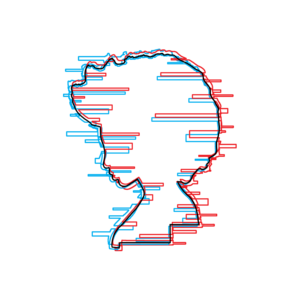 NONA’S MALAIKA, is a futuristic comedy where the very opinionated smartphone and laptop of a 16-year old girl realize they are no longer the centre of attention of their owner, a teen struggling with her mental health.

Written and Directed by: Katia Cafe-Febrissy 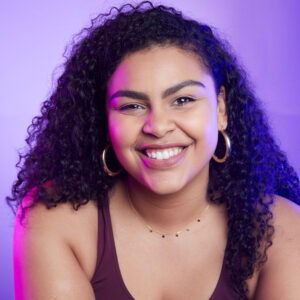 Max Amani (they/them) is a Dora Award winning Tkaronto based artist, dog parent and menstrual health activist. Max has an Honours Bachelor degree in Musical Theatre Performance and attended high school at Etobicoke School of the Arts! They has had the honour of combining their love of theatre and for children at Young People’s Theatre (You & I, One Things Leads to Another, Adventures of Pinocchio). They’re a passionate journal-er, novice tarot card reader and occasional insect collector. Max believes that the best way to meet like minded people, is to let your mind be known. 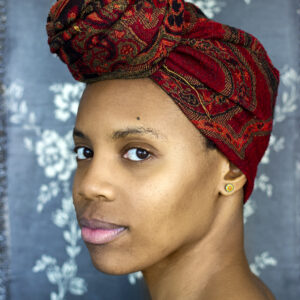 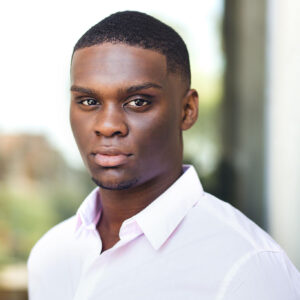 About Micah
Micah Woods is an Afro-Canadian actor who wants to create a body of work that will inspire the next generation of young black artists. 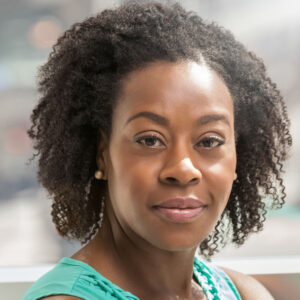 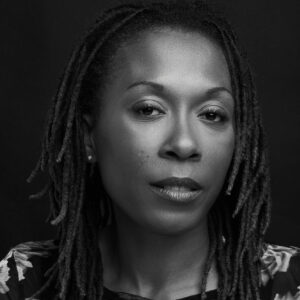 
About Katia
Katia Café-Fébrissy is an award-winning Writer, Director and Playwright, who tells stories on screen and on stage.

Besides, Katia co-hosts the Directors Guild of Canada podcast and teaches directing skills in the Bachelor in Film & TV Program at Sheridan College.

She holds an M.A. in Literature and Languages from the Université of Paris VIII, France and also an M.A in Documentary Filmmaking from the Varan Doc Film Centre, France. 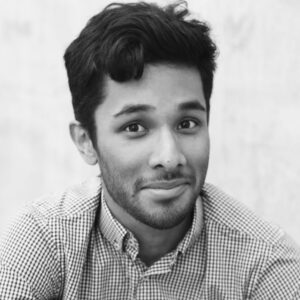 Jean-Christophe is an artist who specializes in kinetic art and videography. It is through the lens of his camera and through the imaginary world of his inventions, that he tries to spark the sense of wonder.

Passionated, meticulous, versatile, and results-driven Senior Sound Designer offering 17+ years of experience in recording, editing, mixing, and mastering audio for broadcasts across multiple traditional and digital platforms. Recognized as a strategic problem solver who leverages advanced technical skills with an impressive ear for detail to identify and address any quality issues. Proven history of overseeing all aspects of the audio production lifecycle – from equipment operation and audio recording to final mastering and delivery. Confident communicator who builds strong working relationships and effectively collaborates with diverse stakeholders to achieve all project deadlines and objectives. 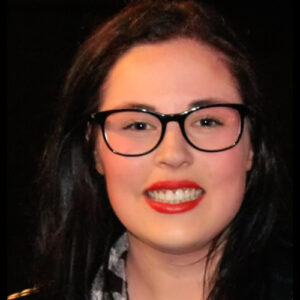 Born and raised in Rome, Italy, Giulia was exposed to theatre at a very young age, her love for live entertainment brought her to London, UK, where she studied drama. And then here in Toronto, where she had the honour of working as a Stage Manager with independent theatre companies like Seven Siblings and Good Old Neon. She recently graduated from the Theatre Technical Production Program at Humber College and she’s looking forward to continue her career in the theatre world not only in Stage Management, but as a technician as well. 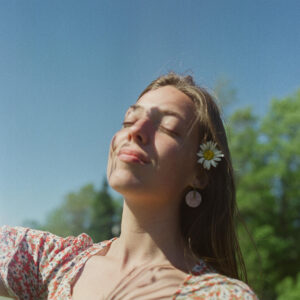 Ashley Frederick is a multi-disciplinary artist. Her work aims to intersect the energy, aliveness and immediacy of live theatre with the intimate technical possibilities of film. Specializations in theatre include Devising, Directing and Stage Management. Her most recent devised piece, a Zoom play titled “Alone, with you” premiered in March 2020 through Public Energy Performing Arts. She has stage managed for Theatre By The Bay, InspiraTO, and the Paprika Festival. Ashley has worked in film as a Production Designer, 1st AD and Director, creating shorts, music videos and commercials. In the past year she has worked with Entertainment One, Osmow’s, ImagineNation and Loveclosely. She resides in Tkaronto with a clingy cat and incredible partner. 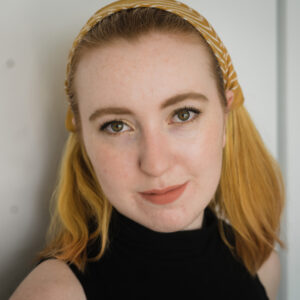 Katherine Teed-Arthur (she/her) is a queer theatre artist specializing in projection design, playwriting and performance. As a performer, Katherine has appeared in classical, devised, and contemporary works. As a designer, she has worked on plays, experimental pieces, installations, and more. Her writing debut, Joan / Jehanne, premiered digitally at the 2021 Hamilton Fringe Festival with Friendly Bear Theatre Company. When she is not working, you can find her singing show tunes to her plants and playing with her cats, Thesis and Antithesis. 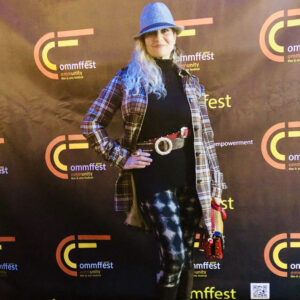 As a teenager Chrysanthi acted in a play she co-wrote, which toured across Canada. She studied Theatre at The American Academy of Dramatic Arts (NYC), The Royal Academy of Dramatic Art (U.K.), Buffon with Philippe Gaulier and Theatre Columbus, Clown/Commedia dell’arte with Ida Carnevale, and Film/TV at Centennial College (Honours and Dean’s Award). She’s taught theatre, movement, sets, costumes, and mask in schools, Harbourfront Centre, and the AGO. As a child of war, Chrysanthi’s produced art and theatre with survivors of violence, sexual abuse, war, and other forms of trauma. Chrysanthi works in theatre/film/TV as an actor, writer, director, producer, production designer, and award-winning costume designer. 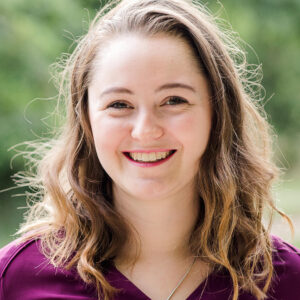 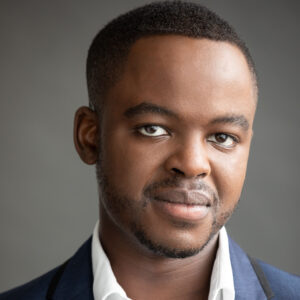 I am an actor, writer and director, born in Zimbabwe, and a proud graduate of Concordia University. Over the course of my career I’ve done my best to not only grow as an artist, but to bridge gaps and be part of the change in the creative landscape as a member of a marginalized group in the mass media. My goal is to do more work that reflects my abilities, and in the process improve the image of African creatives. Aside from pursuing my ambitions, I enjoy traveling and learning new skills such as languages and self-defence. I am grateful to be working with Shakespeare in Action this year, and look forward to brining this new project to life. 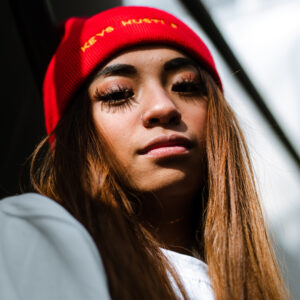 
About Hannah
Hi there! My name is Hannah, I am an Assistant Camera Mentee! 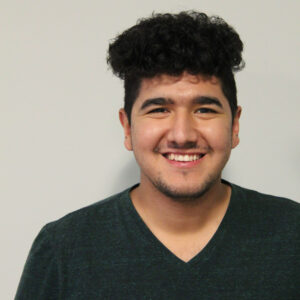 24 Year Old 1st Generation Canadian of Colombian Heritage. Went to Metalworks Institute for Live Event Concert Production and Seneca College for Film/TV Production. But my first love is always Audio in either Live Music or Film/TV. 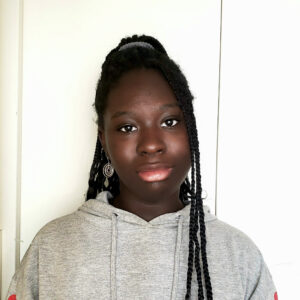 Hi, my name is Ataa Amoah-Bediako, and I’m the assistant production designer. A little a bit about me is that I’m 16 and attend Cardinal Carter Academy for the Arts. On me free time I read, watch shows, and bake. I’m really excited to part of this project and can’t wait to see what we are able to create together. 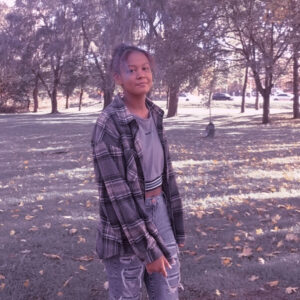 I am senior from Weston CI. Im interested in photography, anime, sketching and reading fictional fantasy books. I am very nice, smart, somewhat confident and funny. 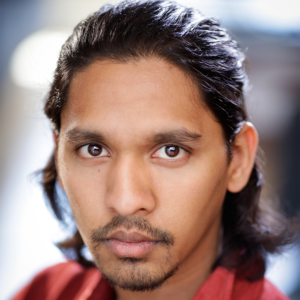 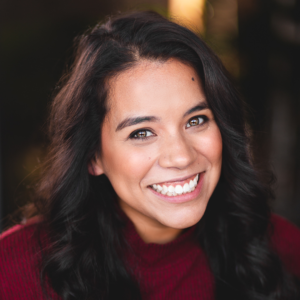 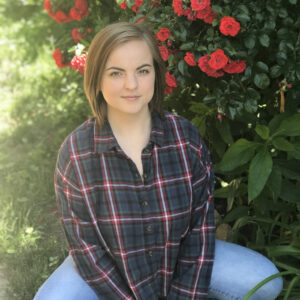 I am so excited to rejoin the land of live theatre and to be reunited with my long-time friends and colleagues at SIA.

I completed my education at York University in 2019.

For the last 6 years, my theatrical focus has been mainly on Stage Management. Although my Production Management experience is smaller, I am grateful for the opportunity to learn and broaden my horizons. I hope that I will be able to continue working in theatre this year, nurturing my passion for live performance.

Made with the Generous Support of ACTRA Toronto 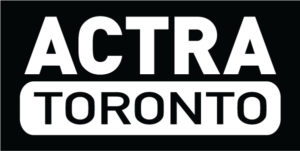